Resonating in his spirit are the words above that are not only a constant reminder of greatness but, an imprint on the heart of Derrick Worsley that will forever live on.  It was his ability to unselfishly step outside of himself so that he could reach inside the souls of others to serve and protect those in harm’s way. His story began as a bright smile young man growing up as a military brat traveling the world, in which later in life he joined the U.S. Army and served multiple tours in both Iraq and Afghanistan.

“Achieve the Unachievable” quickly became his motto as he began to rise quickly in the TV and film industry. His debut was first in the ABC’s TV Series Nashville, which he starred as the character Police Chief Varn. Derrick Worsley is also the star host of DIY Network’s home improvement show “I Want That”.

Derrick is an Actor, Director, and Producer. His most recent film credits includes the anticipated upcoming Biopic “Tupac’s All Eyez on Me” in which he will be playing an supporting actor, “Sleepless Nights”, starring Jamie Foxx, “Leavey” starring Kate Mara, and “The Profile”, in which he will be the starring as the Lead Actor. You can watch episodes of Derrick’s previous television shows, Bring Mary Jane, Survivors Remorse, and Satisfaction to name a few on demand. He was a supporting actor for the movie “Taken 3” as Officer Edwards.

Derrick is set to executive produce, direct, and star as the lead character Wayne in Plus Size Divas early 2017.

As a Brand Ambassador, Derrick is one of the races for Khristian Michael’s, Forever K Michael Designer Eyewear Collection in which he is featured on billboards in over 350 malls world-wide.  As a promoter of health and fitness, Derrick is a active ambassador of Sweet Sweat. 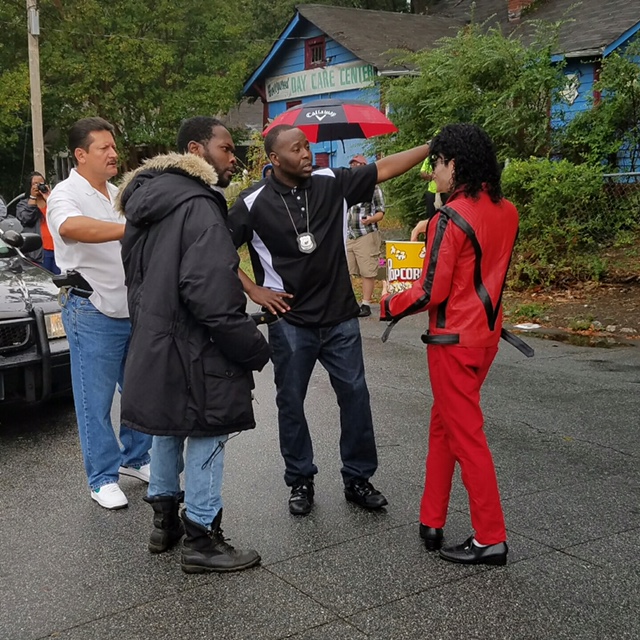